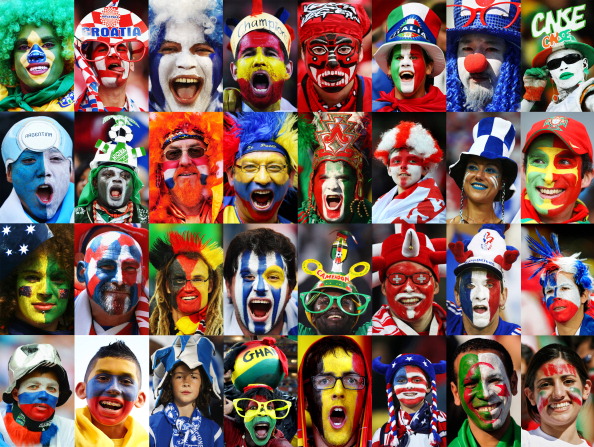 Many of these women have never spoken out for fear of being branded naughty, bad, liars, or worse. Some who have spoken out, talking to teachers, parents, or other trusted adults, have had their trust betrayed again as they have been disbelieved.

A number of women who were abused in childhood by adults that they trusted have gone on to be abused as students or young adults working in office environments. Sexual harassment, pressure to have sexual relationships with the lecturers, the clinical teachers, the office boss, in order to ‘get on’ was rife in the seventies and is still happening today.

The legacy of this sort of abuse and constant undermining of trust can be profound. Victims of domestic abuse have a high incidence of childhood abuse, and an incredibly high proportion of women in the criminal justice system have long histories of abuse. When I worked as a chronic pain doctor and as a psychotherapist I saw a disproportionate incidence of childhood abuse in women with chronic pain, and the link between chronic pelvic pain and previous sexual abuse is well recognised.

What has this got to do with football?

Football is clearly dominated by money. Even the most disinterested person cannot have avoided the media reporting of the multi-millions that premiership clubs are receiving next season through TV rights. Players move from club to club, country to country, and continent to continent for transfer fees that can easily exceed £20million. Wayne Rooney is reportedly paid £250,000 a week – and that is before commercial sponsorship deals.

In a world that operates with telephone number finances one does not expect trust to be a common commodity. Good players are poached from average clubs by the top clubs who offer bigger salaries and more glory (even if that glory is experienced from the bench). Player loyalty to a club is rare, even when a club has trained that player from academy level to the upper reaches of the premier league. Fans are generally, although not always, relatively forgiving.

Football managers come and go at an alarming rate. The financial consequences of finishing one or two places higher or lower in the league table, not to mention relegation, are so enormous that football club owners sack their  managers first and ask questions afterwards (partly because there is nothing that owners can do about players outside the transfer windows).

This transitory world of premiership football has one stable component – the fans. I sit behind a man who has been attending matches for 50 years; many adults that sit near me started coming to matches as primary school aged children. Of course the big clubs like Manchester United have a following that is derided as ‘plastic fans’ by true supporters, but most of the 30-60,000 people who fill the stadia week after week have a big emotional investment in their clubs. These fans tend to surf the waves of changes that occur season by season, and are phlegmatic about the murkier or less honourable aspects of the game.

Football has always been male dominated, not only on the pitch but also off it. This has changed considerably over the years that I have followed the game, and the growth of women’s football has been accompanied by increased numbers of women of all ages attending both men’s and women’s matches. Some clubs (Southampton amongst them) have a good reputation for being family friendly.

On rare occasions a man becomes involved with a club who is seen as different, who stands out from the cynical world of football. A few players enter club history (Southampton has Matt le Tissier, Manchester United has Bobby Charlton), as, occasionally, does a manager (Southampton has Ted Bates, player, manager & director; Manchester United has Alex Ferguson). These men are marked out not only by their immense football skills, but also by their loyalty and integrity.

Two years ago, after a turbulent period of relative instability, Southampton appointed Ronald Koeman as manager. The fans, initially wary and uncertain, took him to their hearts. I think that many women in particular felt that he was different – a man who seemed to be very much a family man (he worked as a team with his brother), who published facebook images of his family toasting the new year; a man who despite his obvious wealth had none of the trappings of it. He was a man that we felt we could trust – his body language and expressions sent out messages that he was a safe man. Importantly for the club he quickly proved that he was an extremely good manager despite having had no previous English experience.

Koeman’s first successful season has been followed by a second more successful one. He applauded his players and the fans during the lap of appreciation after the final game of the season. All the talk amongst the fans and local media revolved around whether suitable terms would be agreed so that he would sign an extension to his contract (which has one year to run). Rumours a few weeks early that Everton wanted to sign him had been firmly rebutted by Koeman in public and on record. He reiterated that he had a contract with Southampton, and that it has another year to run. Everything pointed to plans for a third, possibly even more successful season. Our manager was a man of integrity, a man who had said that we could trust him, and everything about him told us that we could trust him.

Three weeks is a long  time in football. Although not yet officially confirmed it seems certain that Ronald Koeman is leaving St Mary’s, home of Southampton Football Club, and moving north to become the manager of Everton Football Club. Our previous manager, who never pretended to want the fans to trust him, at least left to manage a bigger club (where he has been very successful) and further his embryonic managerial career. We didn’t like him going but we understood it.

With Koeman it is different. Everton is a club with a big history, but it has not been very successful for a number of seasons. Koeman will only turn it into a success by combining his managerial skills with a greatly rebuilt team. He will almost certainly turn to Southampton to persuade the most successful members of our squad to join him at Everton. As well as abusing the fans he will try to pillage the team.

This can only happen if there is enough money – and there is. It has been reported that Koeman is being offered a salary of £6m (nearly three times his current salary) and transfer funds of up to £200m – ie virtually unlimited.

Koeman’s integrity, and the destruction of our trust in him, clearly has a financial limit, which has been exceeded. The cynic will say that, as Koeman himself is fond of saying, ‘that’s football’. Yes it is, but not if you say that you are different. Not if you say that you are not mercenary but a man of principle and honour. I have no problem with being a football mercenary – after all, the financial rewards are ludicrously tempting – but be honest with yourself and others about what you are.

I have been analysing why I have felt so disproportionately upset about Koeman’s defection. My feelings have gone far beyond football, notwithstanding my passionate support for Saints. I am a survivor of childhood emotional and sexual abuse, and of sexual and emotional abuse as a student. Luckily I have a great marriage, have had a successful first career and am enjoying a fulfilling second career. Nevertheless I feel re-traumatised.

My re-traumatisation has only destabilised me for days. I have a stable family, am a qualified therapist and am adept at self-management. Not all survivors of abuse are as fortunate. Powerful men carry big responsibilities. Those who put themselves in positions of trust must be aware of the potential consequences of breaking that trust. Teachers, doctors, nurses and priests are taught about these things. It is time for football managers to understand the consequences of their actions.